Have You Lost Connection Mid Free Spins? Have You Spent Money On Any Playtika Game? This Is Why You Shouldn't!

Recently I figured out on Caesars, ran by Paytika, that if you left in the middle of or lost connection during free spins something very interesting would happen. If you returned to that game with the freespins with less than your initial bet, you were now getting paid for the amount you came back to the game with. If it was a line game you would basically get paid the very minimum that could possibly be paid. So, if you left a game of free spins that was at $200,000,000 a bet and you came back and only had $30,000 in coins, and this was an individual line game, your bet was now, one line at $30,000. I brought this to their attention and then I did so again after 2 weeks of no change. I have video and screen shots from 2 different accounts of exactly how this was happening. They fixed it without announcement, without a refund, without anything because they can. They can not be held responsible, even if they are selling something to you that doesn't even work. They do not have to refund or even make sure that their games are working properly at any time. I lost billions and they haven't even responded to me to even let me know they had fixed the issue. I found that out on my own. The TOS allows them to basically sell you a broken product that they do not have to be responsible in making sure that you aren't losing money because by agreeing to the TOS, you are agreeing that they have no responsibility. I may be alone in this, but I don't think anyone should be paying for a product that the own company won't even stand behind. I have all of the screen shots and videos to show anyone that this has been going on. My guess is that this has been an issue for 7 years across the entire game and it probably has cost a lot of people a lot of coins. This is just one glitch that I accidentally found. I can't even imagine how many other glitches there are that are costing the players game coins and real life money. And this is just one game. I can't imagine the glitches one might find in other games across their company. 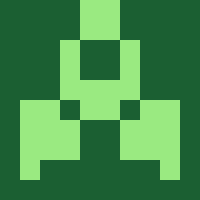 HOW ABOUT BET HIGHER TO GET BETTER CHANCES AND BIGGE JACKPOTS? GO AHEAD AND WATCH 232 BILLION DISAPPEAR IN AN HOUR. NOT ONE MEGA WIN EVEN. I LIKE THE GAMES, BUT PAYING FOR COINS WILL NEVER BE AN OPTION IN MY FUTURE AND I'LL BET LOWER TO MAYBE INCREASE MY TOTAL!!!! HAHAHA-YEAH RIGHT!!

I never had problems, my bet was always the same, but I don't understand how you can have less coins when you restart the game and go back to your free spins... And 1 I didn't got my jackpot and they fixed it within 3 days + I even got more than I won and also another compensation within the hour I contacted them, so I'm very happy with their service!

YOU'RE RIGHT ON. THEY RULE THE ROOST AND WE PAY THROUGH THE NOSE. BACK TO GOOD OLD CROSSWORD PUZZLES FOR ME. EXERCISE MY BRAIN INSTEAD MY FINGERS DIGGING FOR THE DEBIT/CREDIT CARD.

HOW ABOUT BET HIGHER TO GET BETTER CHANCES AND BIGGE JACKPOTS? GO AHEAD AND WATCH 232 BILLION DISAPPEAR IN AN HOUR. NOT ONE MEGA WIN EVEN. I LIKE THE GAMES, BUT PAYING FOR COINS WILL NEVER BE AN OPTION IN MY FUTURE AND I'LL BET LOWER TO MAYBE INCREASE MY TOTAL!!!! HAHAHA-YEAH RIGHT!

GameHunters.Club is a Fan Base Site and is not endorsed by or affiliated by Caesars Casino. 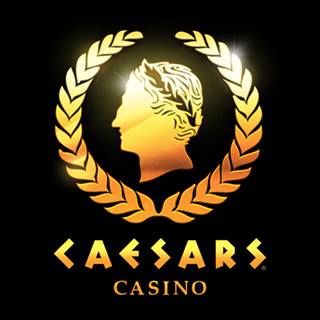 Have You Lost Connection Mid Free Spins? Have You Spent Money On Any Playtika Game? This Is Why You Shouldn't! by