Log-in to create your own profile and join the forum. Share your own tricks and meet players.

GameHunters.Club is a Fan Site and is not endorsed by or affiliated with Dota 2.

All Trademarks are property of respective owners. If you love this game, consider supporting by purchasing premium items in-game or follow the official Dota 2 social media channels.

GameHunters.Club is a platform for gamers who loves to share. Join us, Login or Signup and be the first to post here about Dota 2.

Join the Forum, Discuss anything about Dota 2. You can talk about tips, tricks, cheats, ask for help or simply introduce yourself to the club. These are the most recent topics and posts on Dota 2 Forum.

Do you know any of this topics? Help players by posting about this topics on Dota 2 Game Post section.

Introducing a new way to watch The International — http://blog.dota2.com/2018/08/the-main-event-with-new-steam-broadcasting/

Watch The International 2018 opening ceremony, followed by the first series of the day: Team Liquid vs OpTic Gaming (BO3)

Catch up on the events of the DPC season and learn about all eighteen teams competing at The International with The Dota Pro Circuit Rewind & The International Lowdown — http://blog.dota2.com/2018/08/dota-pro-circuit-rewind-the-international-lowdown/

The Promise of Eminent Revival http://blog.dota2.com/2018/07/the-promise-of-eminent-revival/

The Pudge Arcana arrives with The Feast of Abscession Update http://blog.dota2.com/2018/04/the-feast-of-abscession-update/

Today's update marks the release of Dota Plus, an evolution of the Majors Battle Pass. http://blog.dota2.com/2018/03/introducing-dota-plus/

The Amaterasu Dota 2 courier is now available with any purchase of Okami HD on Steam before January 15, 2018.

The Seasonal Rank Update is now live! Today's update reworks the Ranked matchmaking system, as our inaugural six-month Ranked Season is ready to begin. Entering the season, all players will be able to earn a new Rank Medal on their profile that represents their highest performance level for the current season. A Seasonal Rank Medal never decreases in rank once you've achieved it. Initial calibration games will be seeded roughly based on your previous skill. http://blog.dota2.com/2017/11/seasonal-ranked-update/

Today's update reduces input latency from various components in the Dota command processing system. We've reworked how the dedicated servers handle incoming messages and how the engine processes user commands, resulting in more responsiveness and less delay on your actions.

How I Spent My Summer Vacation

Follow all the behind-the-scenes action from The International with our social media feeds: http://www.dota2.com/international/media/

Registrations for The International Cosplay Competition taking place during this year’s Main Event at Key Arena are now open! http://cosplay.pglesports.com/

This Weekend Only — Battle Level and Treasure Bundle http://blog.dota2.com/2017/06/weekend-sale-battle-level-and-treasure-bundle/

Dota is a competitive game of action and strategy, played both professionally and casually by millions of passionate fans worldwide. Players pick from a pool of over a hundred heroes, forming two teams of five players. Radiant heroes then battle their Dire counterparts to control a gorgeous fantasy landscape, waging campaigns of cunning, stealth, and outright warfare.

Irresistibly colorful on the surface, Dota is a game of infinite depth and complexity. Every hero has an array of skills and abilities that combine with the skills of their allies in unexpected ways, to ensure that no game is ever remotely alike. This is one of the reasons that the Dota phenomenon has continued to grow. Originating as a fan-made Warcraft 3 modification, Dota was an instant underground hit. After coming to Valve, the original community developers have bridged the gap to a more inclusive audience, so that the rest of the world can experience the same core gameplay, but with the level of polish that only Valve can provide.

Get a taste of the game that has enthralled millions.

Follow Dota 2 on GameHunters.Club to get the latest cheats, bonuses, tips & guides. Join us no registration required. 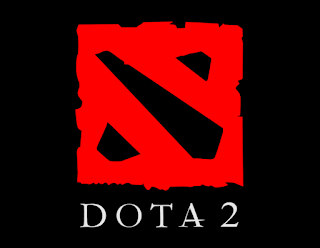