You just have to play smart.  Bet small till you get in the millions.  Even then don't bet it all in like 10 spins.  I went from 105,000 coins to over 130,000,000 in less than 3 hours.  Just play smart.  Add people on Facebook so you get up to 400,000 every day at 1030pm.  Do the challenges so you can get extra coins every morning.  Don't blow all your coins in one day.  Slowly build up.  Leave some coins to play around later.  I noticed if I play right after I get my friends bonuses around 1030pm then I barely ever win big.  Same thing if I play right after collecting my coins first thing after I get up around 8am.  If you aren't winning on one game for a while, stop playing that game.  Move to another. When you start thinking "oh this one has to pay big soon!" Chances are it actually isn't.  I noticed I barely win much on the first like 5 games on here. Those reels just don't pay much.  The mouse game pays good.  The dog one does also.  Just try some slots and see what is paying you well and stick with it.  Do the challenges so you can collect more coins every hour.  I've been playing for like a year and only get 135,000 coins every 2 hours.  That's like nothing.  Bet small and you will get there.  I can help anyone that asks or give my imput on any questions.  If anyone thinks any of this is bull crap I always screenshot my large wins just to have.  Anyone wants tips just ask and I'll get to you as soon as I can.  Just don't get frustrated. You WILL get yours! Make that money!! Play smart and play to WIN!

SlotsFan90501 2020-04-03T23:26:40Z
Hi John, You seem like you know a ton about this game, I have NOT seen a post on the Team Challenge yet. I wanted to ask you if you have any recommendations on the top 5 slot games to play that give the most Keys?? Im so tired of my Team losing during the Team Challenge!!!! Please HELP!!

GameHunters.Club is a Fan Base Site and is not endorsed by or affiliated by Monopoly Slots. 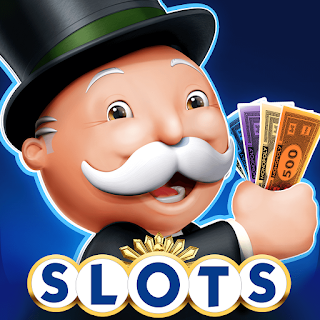